I was first introduced to the Dutch version of “MAC”, the super funky and creative brand Teeez, by beauty editor extraordinaire Dave Lackie a while ago, and I thought they were super cool, and edgy as well so I really wanted to try it! So you can imagine my joy when a few weeks back I won a set of their Glitter Gossip Lash and Liners from a Teeez Canada contest! Even better I was pleasantly surprised to receive a bonus trio of lipsticks as well.

I figured since it is a fairly new brand in the North American beauty sphere that I would do a quick little review about the products I received.

The Teeez Glitter Gossip Lash and Liners are the first of its kind that I have personally tried. Like its namesake, it’s a multipurpose eyeliner which also works as a mascara. They are super sparkly and pigmented with a superb formulation which is supposed to make the application smooth and non-clumpy. I received them in 3 shades Ready to Party (the silvery blue), Museum Night (the white gold shade) and Night Out (rich, bright purple).

I found that using them as a mascara was a miss. Maybe it was just me but I thought it made my lashes look short and stubby [unfortunately no pictures, it refused to show on camera..:(]. It also felt sticky, like lash glue. Using it as an eyeliner though was superb. It was easy to apply, glided smoothly and was nicely pigmented. I’m loving the sparkly wing liner looks and this is perfect for that!

The Teeez Love Triangle Lipsticks which I received as a bonus prize are one word, AMAZING! They are creamy, ultra matte and extremely pigmented. I was so impressed how smooth the formula is, it made application a breeze. It’s also not as drying as other matte lipsticks but offers the same fully matte coverage. I’m in all honesty a huge fan of these lipsticks and cannot wait to get more, especially since they are affordable (CAD $22 at the bay) and offers top notch coverage. The shades I received are utterly beautiful, they are First Class, Underground and Penthouse.

First Class is a bright poppy red. It reminds me of Ruby Woo. Underground is a deep rich red wine red whereas Penthouse is a very pretty slightly deep mauve.
Swatches:

Overall, my first experience with Teeez cosmetics has been quite positive. I’m more than satisfied with their lipsticks. They have by far one of the most amazing matte formulas I’ve ever tried. As for their lash and liner, while the lash portion was quite underwhelming, the liner more than made up for it. It will definitely be useful for this year since glitter is supposed to be a big trend!

Would you give Teeez a try? 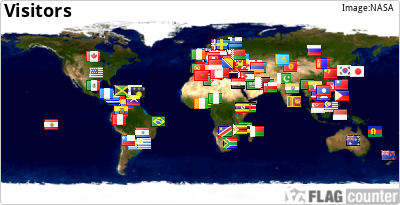 Proud to be part of: